George Clinton recorded a special VIP gig at the world famous Metropolis Studios in 2014.  As part of Record Day 2015 Metropolis Records decided to release a special box set commemorating the event.  Included in the set was a DVD of the 2 hour gig, live vinyl cut and interviews with George and his band.

Working with Luke Smith and the team at Metropolis, we set about making the DVD for the George Clinton Chocolate City box set.  Based on the album designer Jon Daniel’s original concept and graphic artwork, Jonny Esptein created the menus, which were then encoded and authored by our team here at Type40.

The concert posed some interesting issues as the source was filmed at 25fps, whereas the DVD was going out as NTSC at 29.97 frames per second.  This meant that we needed to frame rate convert the material using the new Alchemist OD file based conversion software.  There was also parts were down-converting to NTSC introduced aliasing on some of the finer detail and time was spent to make sure the picture quality was the best it could be.

The concert is available in both stereo and 5.1 surround, while all the extras on the disc are stereo only.  Our QC team watched every inch of the disc to make sure everything was perfect before the disc left for the factory.

We’re proud to have been able to contribute even a small part of this stunning box set for a very special day. If you’re a fan of George Clinton, or music in general, go out and grab it today!

To check out the original box set graphic artwork or to see more of Jon Daniel’s work please visit www.jon-daniel.com 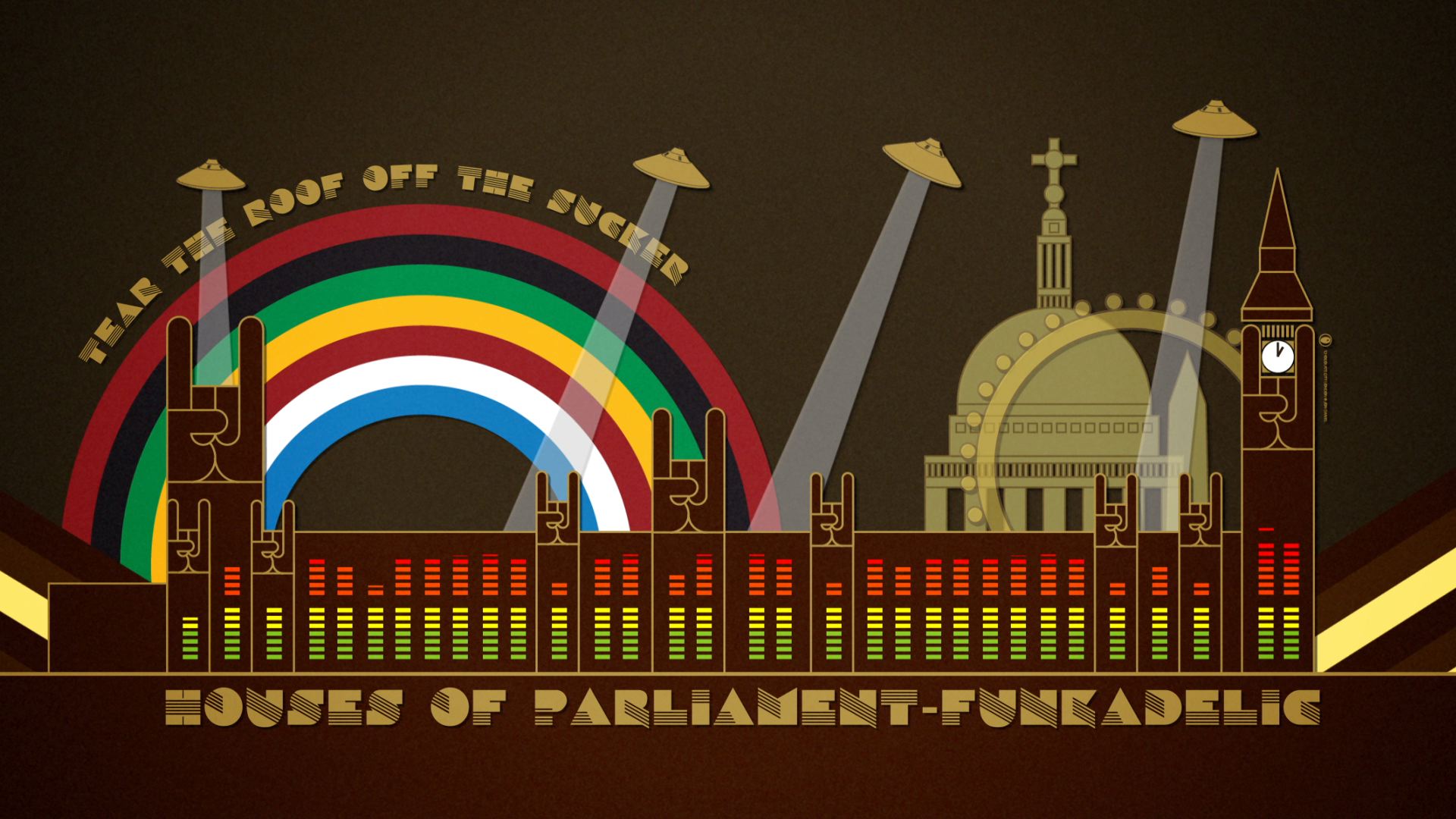